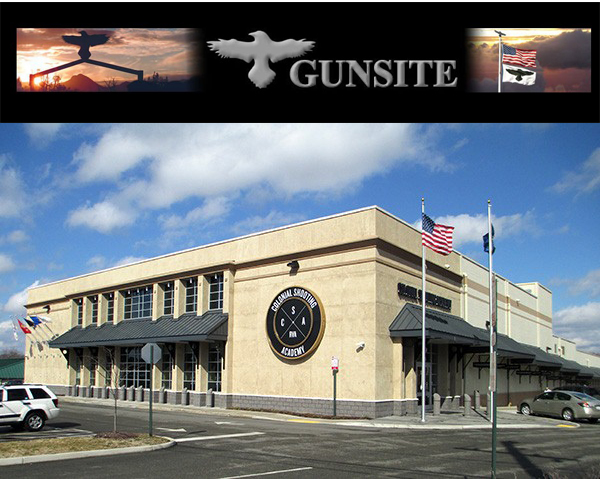 Colonial Shooting Academy is open to the public 7 days a week and is located at 6020 W. Broad Street, Richmond, VA 23230.

“We are proud to add Gunsite’s world-class firearms training  to what we believe is the best indoor range in the country,” said Colonial Shooting Academy Marketing Manager, Peyton Lacy. “Anyone who is serious about firearms training dreams of attending a Gunsite class and now we are able to bring Gunsite 2,000 miles closer to shooters on the east coast.”

The collaboration between Colonial and Gunsite will bring Gunsite classes like the popular 250 Defensive Pistol course to Colonial Shooting Academy’s indoor tactical range and indoor shoot house starting in September, 2015. The 250 Defensive Pistol Course was first presented in 1976 by Colonel Jeff Cooper and is one of the most sought after firearms classes in the country. Suitable for shooters of all experience levels, the 250 Defensive Pistol Course is designed to achieve gun handling confidence & competence, includes 5 days of range work, lectures & intensive live-fire simulators, including low-light scenarios.

“I am proud to bring the Gunsite experience to the east coast at Colonial Shooting Academy,” said Gunsite Owner Buz Mills. “There is certainly an advantage to being able to train rain or shine, and the facilities at Colonial Shooting Academy are the best I’ve seen on the east coast. I’m going to enjoy spending time with new students in Richmond and I’m sure that some of our regular Gunsite students will be dropping by as well.”

To register & learn more about the Gunsite classes at Colonial Shooting Academy, visit https://colonialshooting.com/gunsite or contact Karen at karen@gunsite.com or call (928)636-4565 ext. 19.